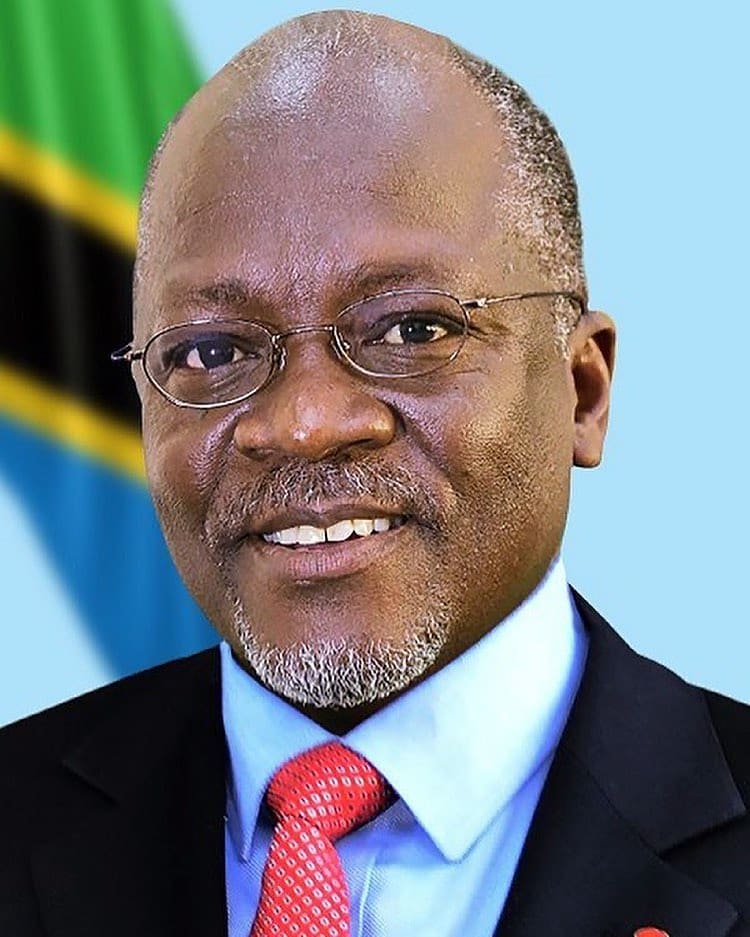 His legacy is hard to go unnoticed. Within 6-years as President of the Republic of Tanzania, he made huge transformation in infrastructure development, transport connectivity and service delivery.  He was accountable to his country, Tanzania and he cared. Indeed, local musicians such as Harmonize quickly released songs in praise of the visionary and effective leader. Scholars such as Prof. Lumumba of Nairobi have also acknowledged Magufuli’s legacy. Magufuli moved from a relatively unknown leader to a highly popular and most widely discussed leader. There is no doubt that President Magufuli was one of a kind.

President Magufuli was a great Tanzanian nationalist and Pan Africanist. Just like his predecessors; Jakaya Kikwete, Benjamin Mkapa, and Ali Hassan Mwinyi, he tried to follow closely and pursue the ideals, values and aspirations set for Tanzania by the founding father of the nation; President Mwalimu Julius K. Nyerere, who mentored all the four former Presidents.

He was a great product of Chama Cha Mapinduzi (CCM). The party he provided leadership to, up to the time of his death on 17th March 2021. He ardently executed the CCM Manifestos, to the letter, for all the years he held leadership positions in Tanzania.

President Magufuli practiced and promoted values which will for many years be the cornerstone of his legacy. These were:

President Magufuli was a stalwart statesman who was globally recognized for his vision, ethical standards, and innovative and practical solutions for Tanzania. He viewed leadership through a different prism. This enabled him champion reforms within government institutions, business, industrial relations, and political structures for the benefit of Tanzania. His anti-corruption platform attracted attention around the globe for his unyielding and high ethical standards. He was also known for his pragmatic approach towards resolving complex situations and achieving fair and tangible outcomes.

Tanzania’s economic growth had stagnated over the years. With an annual GDP per capita of USD 532 in 2011 and a Human Development Index rank among the lowest 20%, Tanzania was always listed among the poorest 15 nations in the World.

During President Magufuli’s leadership, Tanzania’s GDP per capita increased to $1,080 in 2019 exceeding the threshold for lower middle income status. Thus, his austerity measures and leadership style propelled Tanzania to a middle-income status within his first five year term.

He identified and worked on sectors that could easily boost revenue in-flows. These included Tourism, Mining and Energy.

He also easily appreciated the potential associated with Tanzania’s touristic attractions and industry, as a major source of revenue amounting to over US$ 2.5 billion, in 2020. He had taken a decision to invest in the same by improving on the sites, providing them with supportive infrastructure, connecting them through very efficient road and air networks. Dar es Salaam international airport and other local airports were expanded and refurbished to handle more visitors. Air Tanzania was revived, capitalized and availed 8 new aircrafts to handle international, regional and domestic passengers.

In the same regard, he is credited for revolutionizing and reforming the mining sector. Tanzanians acquired a discernible stake in the mining business and in turn increased collections from the sector. By the end of 2020, the industry had recorded nearly US$ 3 billion in earnings.

The changes in the Mineral Act 2017, reaped significant leverage to government. The new laws give the Government of Tanzania the ability to acquire 16% of shares from major mining companies on a free-carry basis. Processing of minerals and value addition before export became a must.

President Magufuli ring fenced funds or established sector “Funds” to cater for the development financing needs of prioritized sectors i.e. Road, Energy, Tourism, etc. This enabled him and government to plan and undertake projects with certainty that they would never stall due to lack of funds. He meantime also acquired capacity and capability to negotiate for the best project pricing, value, quality and delivery time schedule. This enabled him to successfully establish or commence development of major infrastructure projects which are of a strategic nature, such as:

The idea of the SGR was conceived by the joint East African Heads of State and inaugurated in Kampala in September 2014. On assuming office in 2015, President Magufuli, immediately looked for ways and means of implementing the SGR project. Tanzania signed on to building an electric SGR network of 1,800km from the capital Dar es Salaam to Morogoro to Dodoma to Tabora to Isaka to Mwanza and Isaka to Kigali. In April 2017 construction commenced on the first phase of 205 km section from Dar es Salaam to Morogoro at a cost of US$1.2 billion. This phase has been completed and is currently under power test runs with the expectation of commercial opening in July/ August this year. The approach of implementing the SGR project under six sections/ phases was a highly pragmatic decision that has benefited from similar projects already undertaken in Ethiopia and Kenya. This has facilitated minimization of costs and ensured quality work. The other sections/ phases of the SGR are also under construction.

President Magufuli identified energy and power supply as being critical to the structural transformation of the Tanzania economy and people’s lives. In this regard he fast-tracked the natural gas projects, hydro power generation, transmission and distribution. He developed the Julius Nyerere 2115 MW hydro power project on river Rufigi at a cost of US$ 2.9 billion. At the end of his first term of office 90% of all the villages in Tanzania had been provided with electricity. This was intended to make it easy to industrialize and modernize rural Tanzania.

He equally gave Dar es salaam, Dodoma and other major urban centres a new look by addressing physical planning, transport challenges and attracting investment for industrial and services sectors. These have become major cities with infrastructure and facility standards akin to those of major cities in western and Asian countries.

All these projects could be implemented within budget and agreed timelines partly because he addressed the efficiency of government operations by instantly retiring non-performing officials and putting on trial the corrupt ones! He at the same time, terminated contracts perceived to have been poorly negotiated and contractors deemed incompetent; be they foreign or local, without fear or favor. This set the tone for Tanzania’s graduation into a Middle-Income Class Economy whose potential for going forward was unimaginable.

He proved the point that African countries had the resources and capacity to transform themselves, in a very short time, if their leadership was focused and pursued the right set of priorities.

President Magufuli extended his interests and concerns to the wider East Africa region.  In partnership with regional leaders, like President Museveni, he mainstreamed projects which should help catalyze the integration of East Africa and the Great Lakes region but also transform the lives of the people in the region. For example:

Consequently, under Magufuli, we come to see a reincarnation of the phenomena of Tanzaphilia, which Prof. Ali Mazrui had defined in the Transition of June 1967; “as the romantic spell which Tanzania casts on so many of those who have been closely associated with her including the excellent relations Tanzania shares with her neighbors.”

The lesson we learn from President Magufuli is simple; that by having the confidence and resolve to tap and put to gainful use our local resources, optimally utilizing the country’s earnings and pursuing everything with a greater sense of commitment, urgency, accountability and enhanced implementation speed we can transform our communities and countries and propel them to greater heights. This is the legacy he has left behind and which we should endeavor to emulate him.

Tanzania just like other countries has had challenges arising out of the Covid-19 pandemic.  The fear is the effect this could have on the pace of transformation so far registered in Tanzania. Thankfully, President Samia Suluhu Hassan has not procrastinated over the matter and has embarked on implementing measures against the Covid-19 pandemic.

We shall all miss this great Tanzanian leader and Pan-Africanist.

He was unstoppable and is unforgettable.

His legacy will endure on forever.