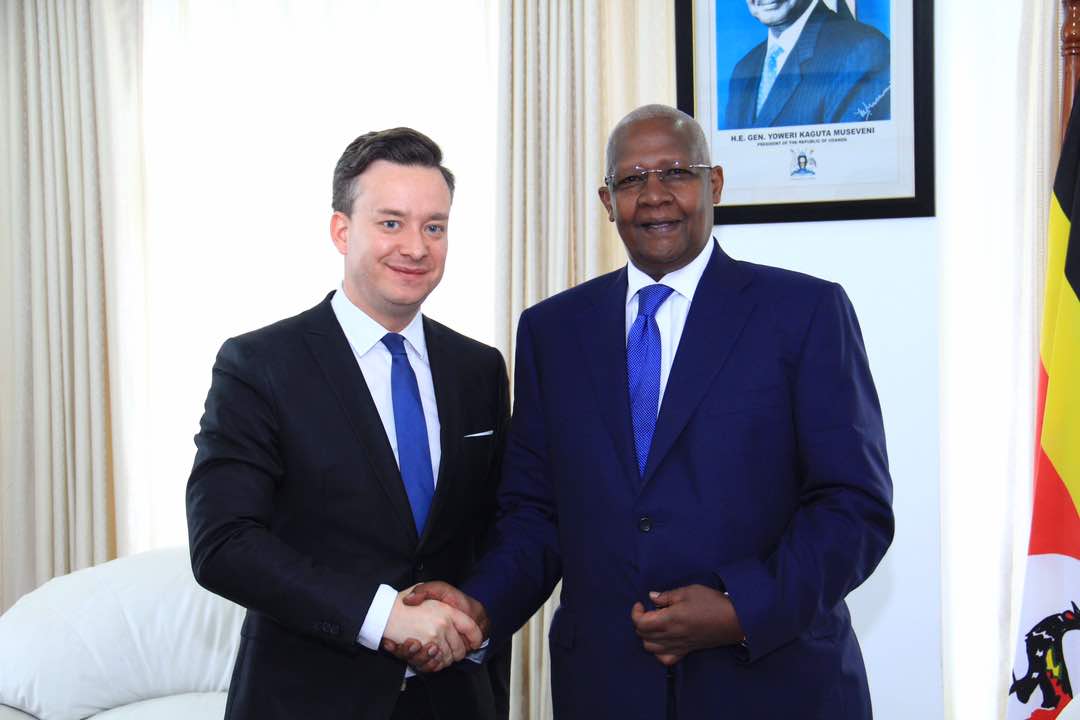 Mr. Dancs stated that it was an honor to meet Hon Kutesa congratulating him on a successful tenure as the 69th President of the UN General Assembly. He explained that he was in the country to discuss in detail the content of the MoUs on development cooperation between the two Foreign Ministries.

Hon Kutesa recalled that he had had an opportunity to meet with Hungarian Minister of Foreign Affairs on the sidelines of the UN General Assembly in September 2017. He informed Mr. Dancs that Uganda had formally accepted a request from Hungary to open a Diplomatic Mission at the level of Charge D’Affaires in Kampala in the near future.

On the Commercial Diplomacy front, Mr, Dancs informed Hon Kutesa that Hungary had selected Uganda as a priority country for development cooperation and would be exploring more business to business relationships and encouraging its private sector to venture into Uganda’s tourism, agro-processing, pharmaceuticals and oil and gas sector.

The two discussed various issues on the multilateral and bilateral front, particularly areas from which they could learn from each other on handling refugee crises.

Hon Kutesa will make an official visit to his counterpart in Hungary in the second half of November 2017, during which a number of MoUs in various sectors will be finalized and signed.

The meeting was attended by senior officials from both Ministries of Foreign Affairs of Uganda and Hungary, as well as the Honorary Consul of Hungary in Uganda, Mr. Gordon Wavamunno and H.E. Mr. Laszlo Eduard Mathe Ambassador of Hungary to Uganda based in Nairobi.